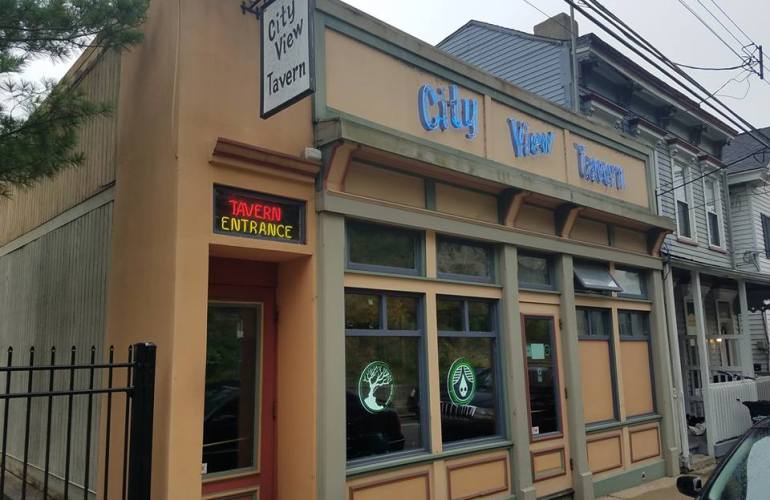 I spent some time exploring City View Tavern last night. It’s a cozy little bar with, not surprisingly, a nice view of the city. But the really cool thing about the place is it’s association with Charles Manson. As a matter of fact, City View appears on the list “10 Bars and Restaurants Made Famous by Serial Killers.” If you want to check out that list, I have linked it in the comments below.

City View is located in Mt. Adams which is a cool little district in the city prominently situated on a steep hill just adjacent to downtown. In the 60’s Mt. Adam’s was Cincinnati’s Hippie Mecca, anchored by Eden Park and Krohn Conservatory it was definitely brimming with Flower Power. According to local legend, City View also used to be a favorite hang out of Cincinnati’s most infamous son, Charles Milles Manson. If you didn’t know, Manson was a native Cincinnatian, born on November 12, 1934, in Cincinnati General Hospital (now UC Medical Center).

Back in September of 2013, Jack Heffron wrote an article in Cincinnati Magazine about Manson entitled ‘Family Ties’. He spoke of the Manson-City View connection saying, “According to the Mt. Adams apocrypha, Manson frequented City View Tavern on Oregon Street where he would down shots of tequila then threaten to jump off the tavern’s deck. An alternate version holds that he actually did jump. The tavern stopped serving tequila to stop Manson from coming in, and the policy remains intact to this day.
“That is a true story,” says Silas Evans, who has owned the tavern with his partner, Debra Henning, for 24 years. He says they heard it from the previous owner. As for why the tradition continues long after Manson’s imprisonment, Evans says, “Tequila is something that makes people do stupid things. And not serving it, that keeps the story interesting. People always come in and ask if it’s true and we just say yes.”

During my time at City View last night I snapped a few pics and chatted up the bartender. And while I can’t attest to the Manson legend, I can tell you they make a mighty fine cheeseburger!