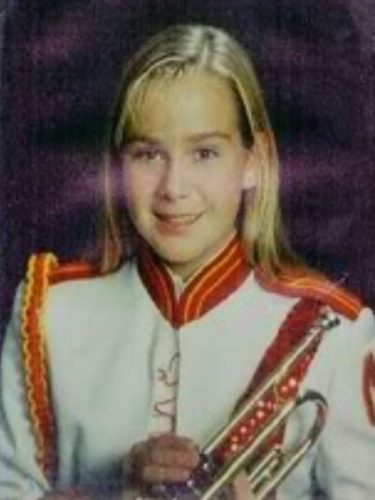 Rural Muhlenberg County, January 25, 1997- a picturesque area with a population of just over 30,000 in Western Kentucky, a community in the purest sense of the word. Back in the late 90’s it wasn’t uncommon for folks to keep their doors unlocked and feel at peace. Because in the town of Greenville, the charming heart of Muhlenberg County, everyone knew your name. That trusting nature would be put to the test, because before the clock struck midnight on that cold January evening, an idyllic town would lose it’s innocence forever. Everything would change and a family and community would be shaken to it’s core. Because it was on this blustery night, the body of 16-year-old Sarah Hansen was found brutally raped and murdered, dumped in icy Lake Luzerne.

Sarah was a popular student at Muhlenberg South High School, active in her church youth group, a member of the National Honor Society, a popular cheerleader and band member, she was always smiling and upbeat. Sarah made such an impact on people, 20+ years after her murder, a dear friend of hers, Mandy Shadowen contacted me about this case. While I chatted with Mandy she said, “Sarah would take time out of her day to make sure the kid that was treated poorly at home, was having a good day at school. She made sure that she greeted everyone with a warm smile and a hello, even if her day wasn’t going that great.” It’s just the kind of girl she was. Sarah’s mom and dad were equally popular, with her father Alan Hansen being the high school’s beloved choral director, and her mother Julie, a music teacher in the district. Sarah had a brother who was also a gifted musician. The Hansen’s were indeed a musical family.

It was a frigid Saturday, when Sarah hopped into her Dad’s 1990 GMC Safari van and headed to the local convenience store to rent a video. She left her home on Hopkinsville St. around 7:30 pm and drove to the Minit Mart at 349 North Main Street just around the corner. She ran inside the store, checking out her movie for the night and headed back to her van. That’s the last time Sarah was seen alive.

When she didn’t return home, her parents became nervous and began making calls, with no word on her whereabouts, they sat off into the night searching for Sarah. They headed to the Minit Mart and with the help of the clerk were able to check Sarah’s rental receipt, they saw she had signed the slip shortly after she had arrived. Where could she have gone? Now it was almost 10pm and Sarah had been missing for a couple of hours. Her parents called the Greenville Police Department and in less than an hour, they located her body. It was 10:50pm when authorities spotted the van parked near a gravel boat ramp on the east side of Lake Luzerne, just over a mile from the Minit Mart.

Officers followed a 500-foot long blood trail from the van to the water’s edge, it was there they found Hansen’s partially clothed body floating in the shallow water next to the lake’s dam. Her throat was slashed. The coroner would later determine the sharp-edged weapon used in the crime was a box-cutter. He would also find she had been raped.

By the following morning word had spread about the senseless assault and murder of a beloved teenaged girl. With that, the entire county began to mourn the tragic end of this life cut too short. The community instantly came together. At Sarah’s school counselors assisted the grieving students as they attempted to come to terms with what happened. Local organizations rallied around in support of the Hansen family during this terrible time.

In a matter of days DNA, fingerprints found inside the van and even a footprint at the lake’s edge where Sarah’s body was found, would answer the question on everyone’s mind. Sarah’s killer was identified as 22-year-old Robert Keith Woodall. A Greenville local with a reputation for being obsessed with sex and a penchant for predatory behavior.

At the time of Sarah’s death, Woodall had been out of prison for just over a year, he had served three and a half years of a five year sentence for the sexual assault of a 9 year-old girl. Released on February 20, 1996, you can see it didn’t take him long to repeat and escalate his heinous crimes. A dive into Woodall’s records show three counts of sexual abuse against three other young girls, prior to his sentencing for sexual assault on the 9-year-old. Those charges were dismissed because of “the quality of the evidence,” according to Muhlenberg Commonwealth’s Attorney David Jernigan.

Since Woodall’s original sentencing the case has been back in front of several judges on appeal citing everything from voir dire violations to assertions that his low IQ precludes him from a death sentence. While these arguments were temporarily successful, in the end The U.S. Supreme Court recommended reinstating the death sentence of Robert Woodall for the murder of 16-year-old Sarah Hansen.