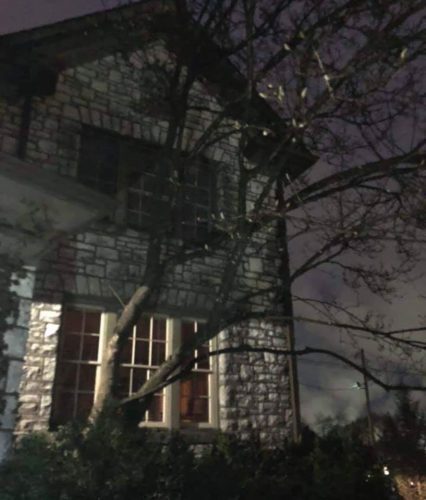 Local lore has it that there is more than one kind of spirit residing at Buffalo Trace Distillery. The grounds are said to be a hotbed of paranormal activity and was even featured on Ghost Hunters. The most notable apparition at Buffalo Trace Distillery is that of it’s founder Colonel Blanton who died in his mansion on the property. The mansion was converted into office space. Employees have also reported seeing feet hanging from the rafters as if someone is sneaking a break after a hard days work. Another popular story is when a group of warehouse employees took a break outside, while doing so one of them heard a voice that told him to “Move!” Seconds later a large wall came crumbling down in the area where he was standing. A company exec purports to have seen the face of a thin, gray man staring out the window at her. She looked away, and by the time she looked back it was gone. To this day she will not work in that building alone.
Check out these great photos taken just yesterday at the Buffalo Trace Distillery Ghost Tour. For more information or to book a tour click here.