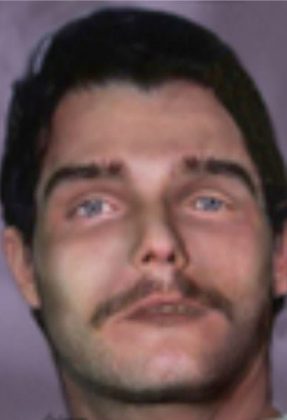 Did you know that in the United states over 600,000 individuals go missing each year? Fortunately, the majority of these adults and children are found alive and well. However, tens of thousands of these individuals remain missing for more than one year, and when that much time elapses many law enforcement agencies begin to refer to them as cold cases. In addition to these missing persons cases there are also an estimated 4,400 unidentified bodies recovered annually. Only around 75% of these bodies are identified in any given year leaving approximately 1,000 bodies remaining unidentified. The state of Ohio has 108 unidentified persons, six in Hamilton County.
I will start featuring some of these extremely cold, unidentified persons cases begining with NamUs #UP7739.

This John Doe, known only as Namus #UP7739 was a white, male found at the bottom of a stairwell at 1112 Broadway in Cincinnati, Ohio on October 27, 1988. This area is now referred to as Pendelton and the location where his body was found sits just across from what is now Jack Casino. Thirty one years he has remained unidentified. Unclaimed. Who was he, where did he come from, is his family searching for him?
These are questions I ask myself time and time again as I look through these unidentified persons reports.

At the time of his death, the coroner believed him to be between 20 and 30 years.old. He was 5’8″ and weighed 137 pounds. He was wearing a red hooded sweatshirt, Rustler brand blue jeans, a brown belt with white metal oval belt buckle, gray and white running shoes and a goldtone Timex wristwatch.

Although circumstance notes included that the case was investigated by the violent crimes squad, his face was completely recognizable. His hair was wavy, brown and 4″ in length. He had blue eyes and a thin brown mustache that came to the corners of the mouth.

The coroner’s report also detailed several distinguishing scars and marks including a vertically oriented, 0.5″ scar that had been previously stitched (sutured)
on the right side of the forehead. He also had a vertically oriented 3″ scar is present on the front of the right shoulder. On the the right palm at the base of the thumb is a 0.5″, well healed, linear scar. On the back of the left ring finger (between the joints of the finger) is a 0.5″ scar that had been previously stitched. On the medial aspect of the right leg, starting 3″ below the knee, is a well healed scar, 4.5″ in length. It appears purple and has a width up to 0.25″.

Who was this man?