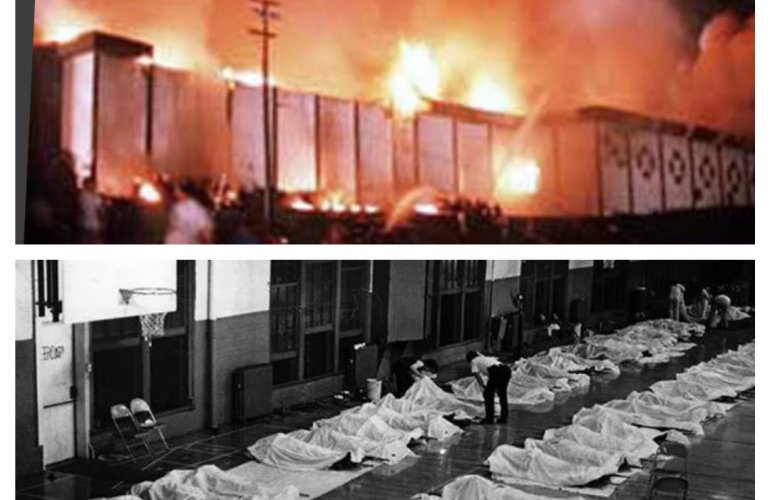 Today marks 43 years since the Beverly Hills Supper Club fire. My parents used to visit this establishment on special occasions and were supposed to be there just a few days before the fire.

The Beverly Hills Supper Club was the real deal. Elegant for days and if you were headed that way, especially back in the early 70’s you had to bring your wallet. It drew it’s talent from Las Vegas, Hollywood and New York, among other places. The site was an elegant, upscale venue that attracted both top-notch talent and top-notch clientele.

The fire occurred during a packed house. Folks were there in droves to see John Davidson perform live. The Beverly Hills, as it was called was located in Southgate, Kentucky a mere 2 miles from downtown Cincinnati. It was the third deadliest nightclub fire in U.S. history. It happened on the night of May 28, 1977, during the Memorial Day holiday weekend. A total of 165 people died and more than 200 were injured. It was the deadliest fire in the United States since 1944, when 168 people were killed in the Hartford Circus fire in Hartford Connecticut.